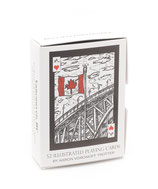 Arriving by train from Portland, I stayed at a noisy backpacker hostel in Gastown and explored the city as best I could with limited time, mostly on foot and in the rain.  The last few days of my visit included the Stanley Cup fan riots which were a really impressive display of national pride.  That’s when I drew Granville street empty of traffic.

By drawing on-site, I become a participant of each place.  The rain of the Northwest has an influence on almost every composition.  An average sketch takes less than an hour.  Usually I can pin down the initial sketch within a few tries, but sometimes I abandon the location, defeated, maybe to return later.  Most times I accomplish my goal and it’s like getting to the summit of a mountain.  Then I start looking for another one.