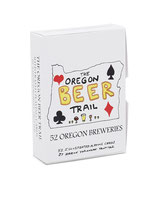 This deck holds the keys to inspire your next beer quest road trip. Includes Travel Times and Routes to Take from Portland. Includes Bend Eugene,Salem, Coast, and Gorge breweries 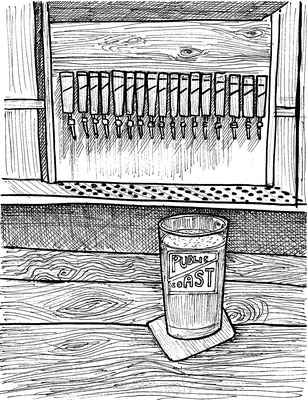 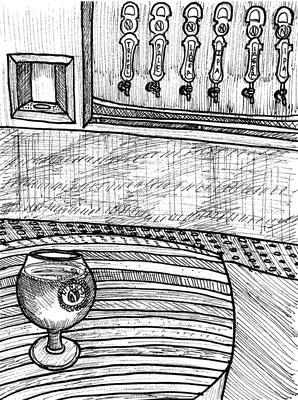 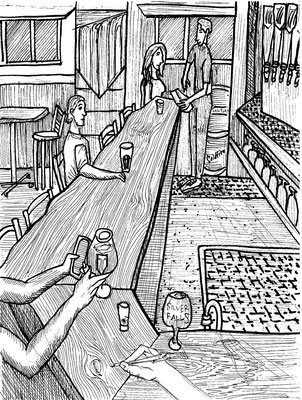 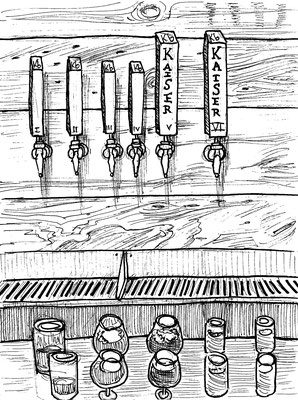 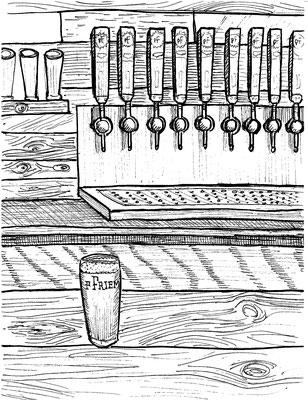 The first 100 decks will be available for the first time Friday and Saturday Sept. 29-30 at the Fresh Hops Festival (Oaks Amusement Park, Sellwood)

The drawings were sketched on location in a succession of road trips over the last two years. Finished at the studio (1627 NE Alberta St.) or on the go with pen and ink. The cards are digitally printed in Portland; each box is signed and numbered by the artist. First printing will be limited to 100 decks. Made to be played, displayed, and used as a guidebook.

First released in November 2010, Illustrated Playing Cards debuted with Landmarks of Portland, featuring famous signs and downtown icons. Other Portland-centric decks followed: Portland Breweries(2013), Secrets of Portland and Oregon Wineries (2014), and Old Portland (2016). Trotter hasn't drawn all the cities of the world yet, but that's his plan. In the last 7 years he has sketched over 30 different cities (each collecting 52 drawings) from Los Angeles to New York, Paris, Tokyo and beyond. Buy the Portland cards at Powell's or Made in Oregon. Available at select museums around the country including : the Seattle Art Museum, Griffith Observatory (LA), Mob Museum (Las Vegas), Denver Art Museum, Guggenheim (NYC), and National Building Museum (DC). Find the artist at his Portland Saturday Market booth every weekend near Skidmore Fountain or by chance at his cavernous art studio on Alberta Street.